These are the new St.Helens kits 2015, St.Helens RLFC’s new home and away strips for the upcoming 2015 First Utility Super League season. The new St.Helens 2015 jerseys have been made by O’Neills, the first by the Irish kitmaker as part of a deal they inked with the club to replace ISC as apparel partners, and were officially unveiled on 8th November, 2014.

Saints are of course the defending champions for the 2015 Super League season, having won the 2014 Grand Final against Wigan Warriors 14-6. They also topped the regular season.

The away kit from O’Neills is an interesting design, featuring a blue body with black shoulders, arms and collar. 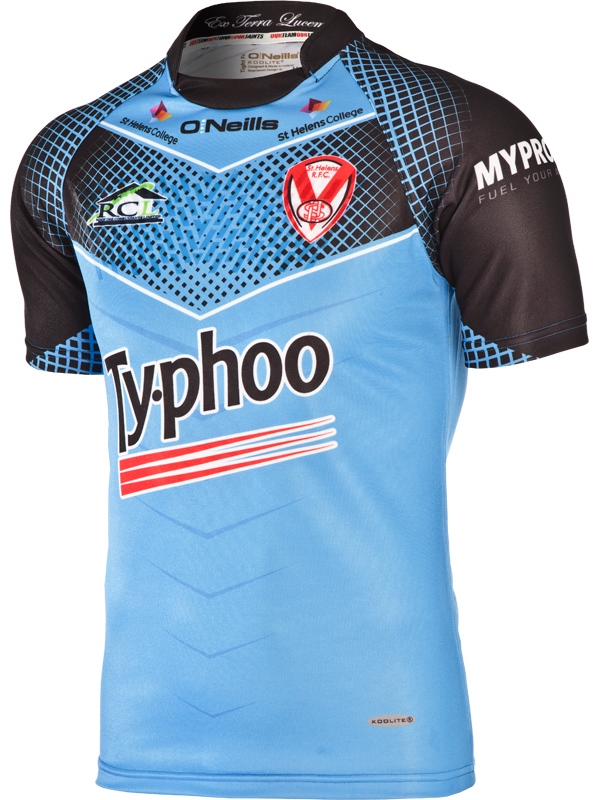 The new St.Helens home shirt 2015 is of course the white one with the famous red vee in the pic below, with both jerseys using O’Neills’ Koolite fabric. 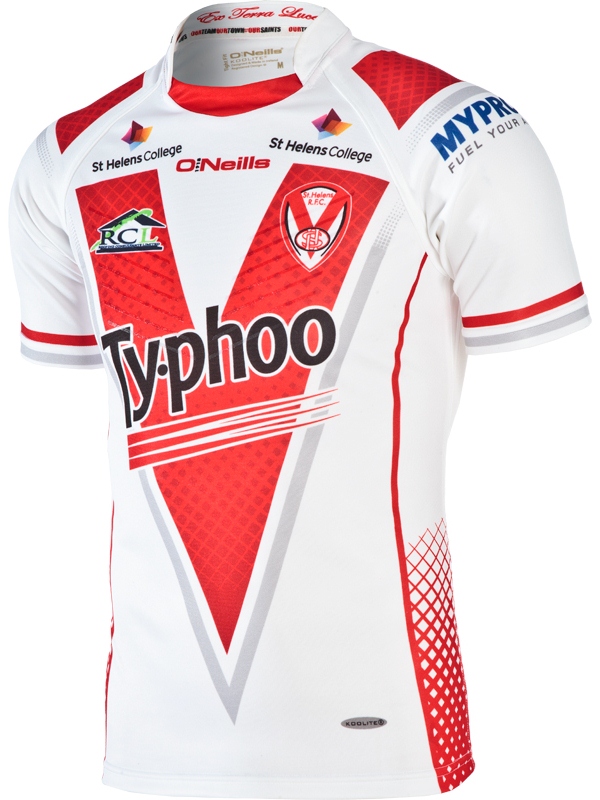 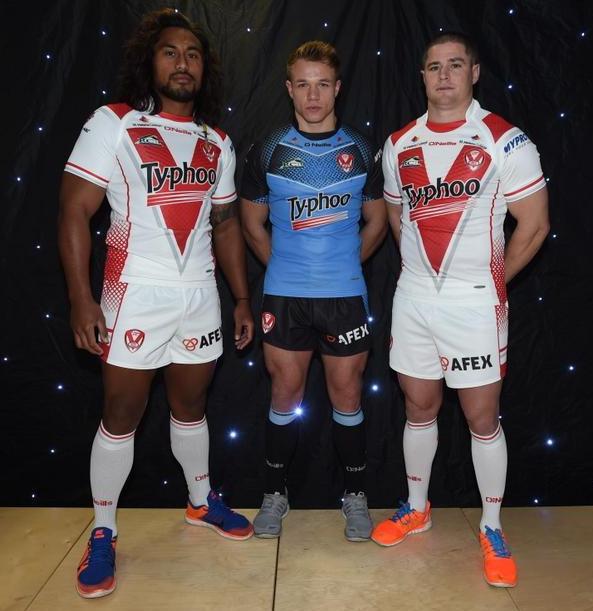