The shirt is a blue and white hooped creation from Ev2 Sportswear, with Reactiv Media as principal sponsors.

We’ve got a shot of the shirt below, plus a couple of the original design shots. 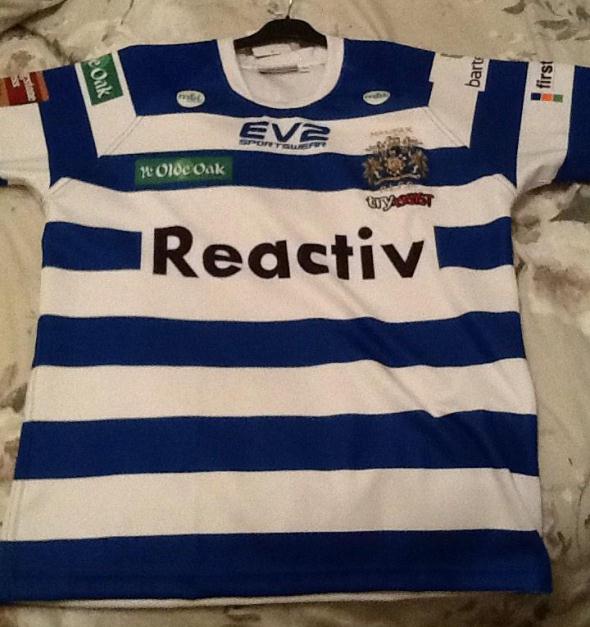 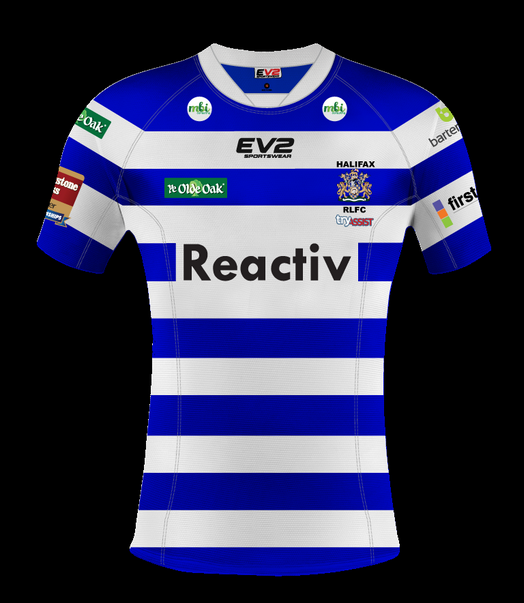 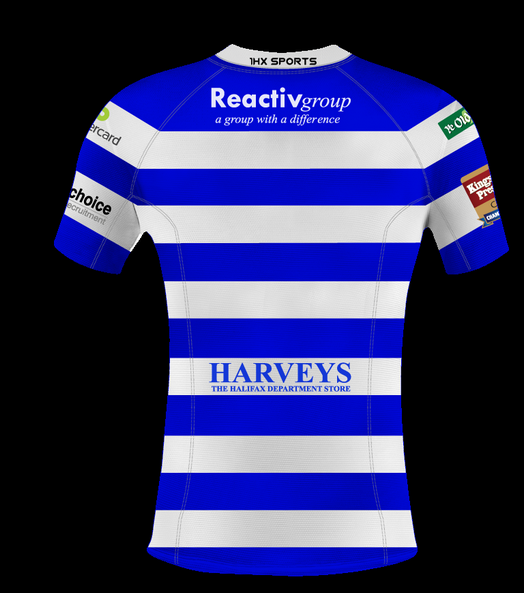