These are the new Warrington 2015 kits, Warrington Wolves’ new home and away strips for the upcoming 2015 Super League season. The new Wolves RL 2015 shirts were officially unveiled on 14th November, 2014 by the club.

The new Warrington 2015 home shirt is the blue and yellow striped one in the pic below. However, not much thought seems to have gone into the away shirt by ISC- it’s merely last season (2014’s) home shirt design with the colours reversed. 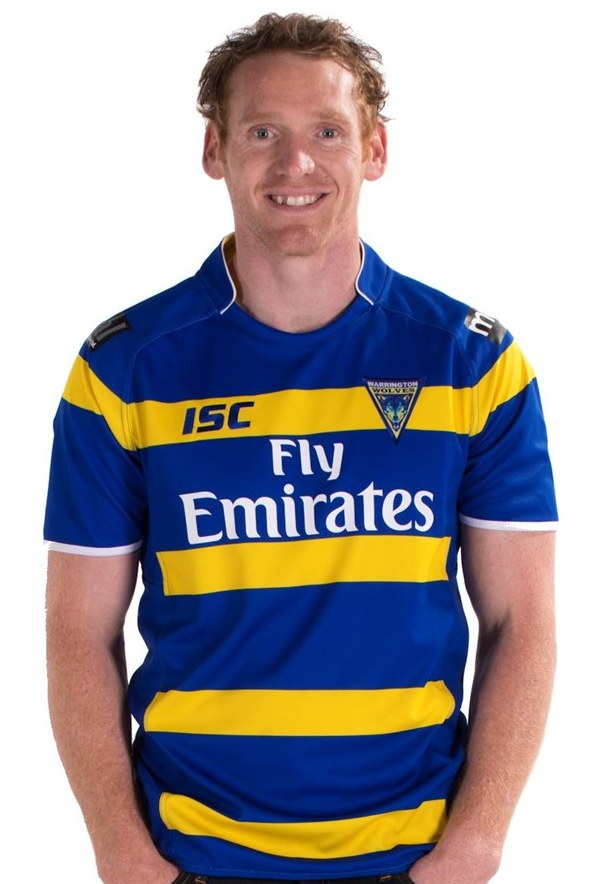 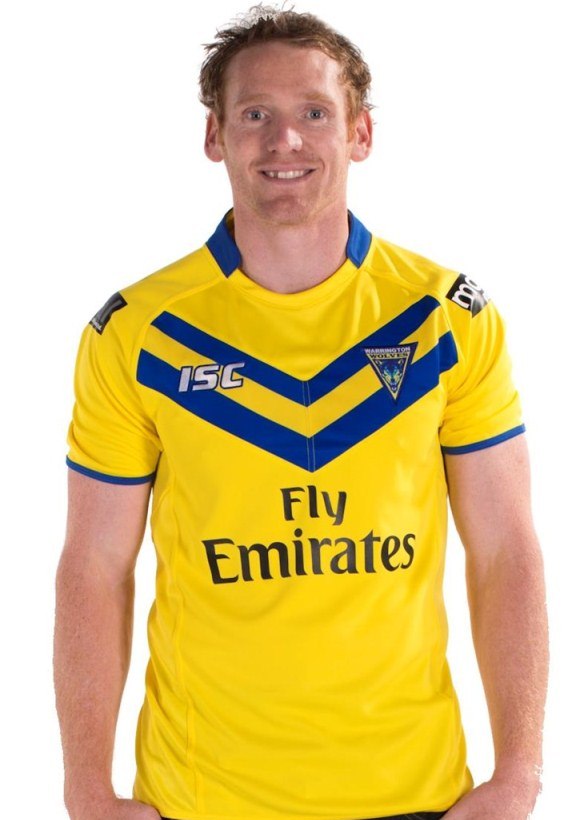 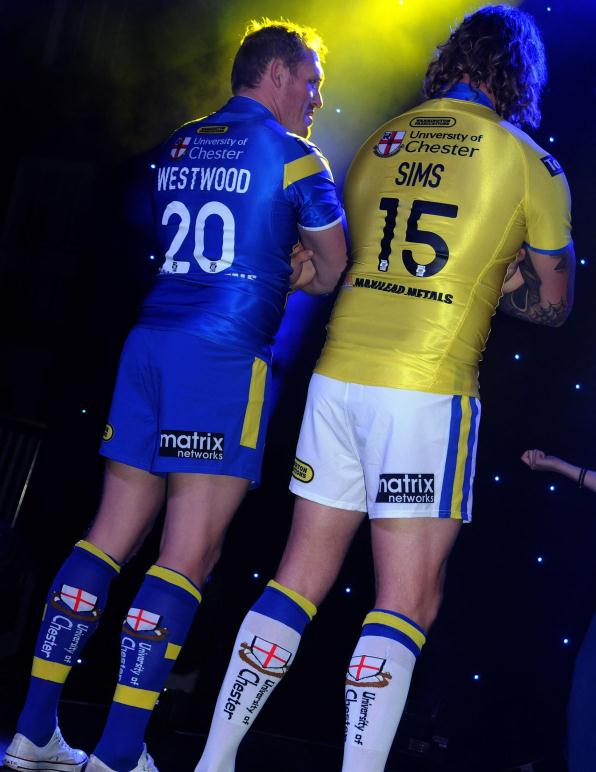 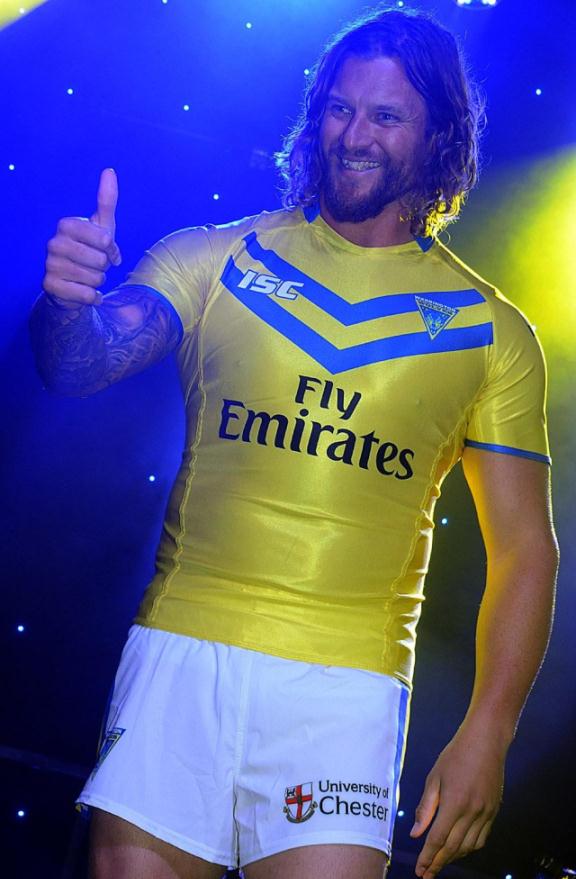 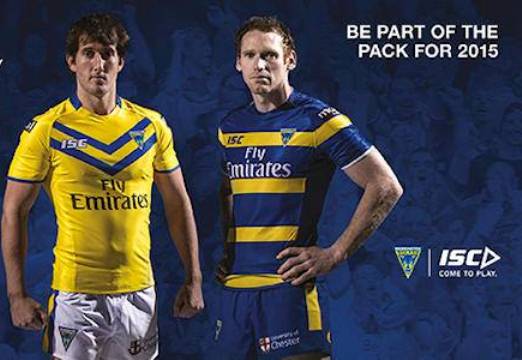 Warrington finished 6th in the 2014 edition of Super League, but lost to Wigan in the semifinals after beating Cas and Widnes in the playoffs.