This is the new Wakefield Trinity Wildcats home shirt 2016, Wakefield RL’s new home strip for the upcoming Super League season. Made by Macron, the new Wakey home jersey was officially unveiled on 14 November, 2015.

The new Wildcats Rugby League shirt features a new principal sponsor in the form of the fish and chips restaurant chain the Wetherby Whaler, as can be seen in the pics below 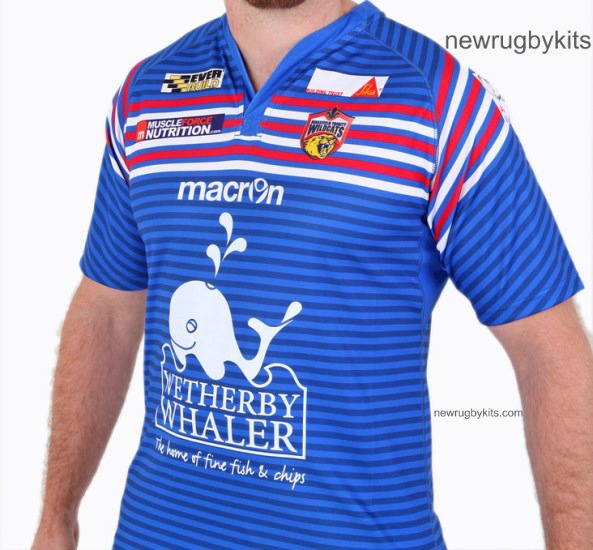