This is the new Manly jersey 2017, Manly-Warringah Sea Eagles’ new home kit for the 2017 National Rugby League season. Made by ISC, the new Manly jumper sees a return to the traditional logo (and hoops!) and also features URM (United Resource Management) as principal sponsor. Each hoop in turn contains eight lines to mark the number of first grade Premierships won by the club

Manly finished 13th in the 2016 NRL season, seven points behind the Titans, who took the final playoff spot. However they did beat the eventual champions, the Sharks, in regular round robin play. 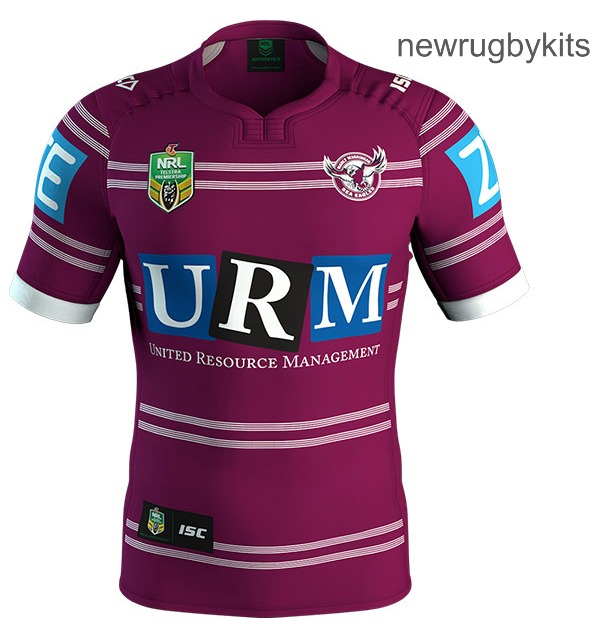