Glasgow Warriors’ new 17/18 home shirt will be black, with the alternate being white, and both feature tartan detailing on the sides and sleeves. At the time of release, neither have a front of the jersey sponsor, but news on that front is expected to be announced on Monday.

The names of those players who have made 100 appearances for the club appear on the back, as can be seen in the pics below. 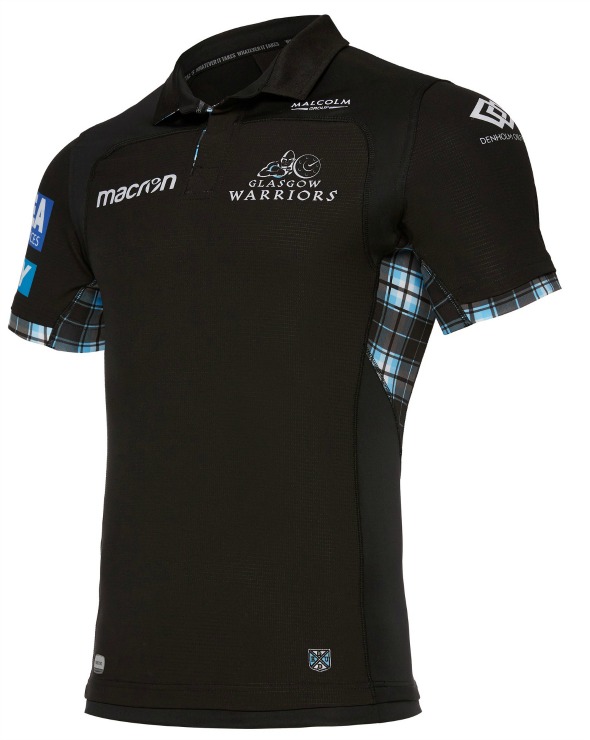