Here is the new Reds Indigenous jersey 2018, a special edition strip for the Queensland Reds that they will wear in their final game of the season against the Sunwolves from Japan. The kit was officially released on July 10, 2018 and is here seen modelled by legendary flanker George Smith and scrumhalf Moses Sorovi.

The Reds go into this game on the back of a win over the playoff chasing Rebels while the Sunwolves were heavily beaten by the Waratahs in their last clash. 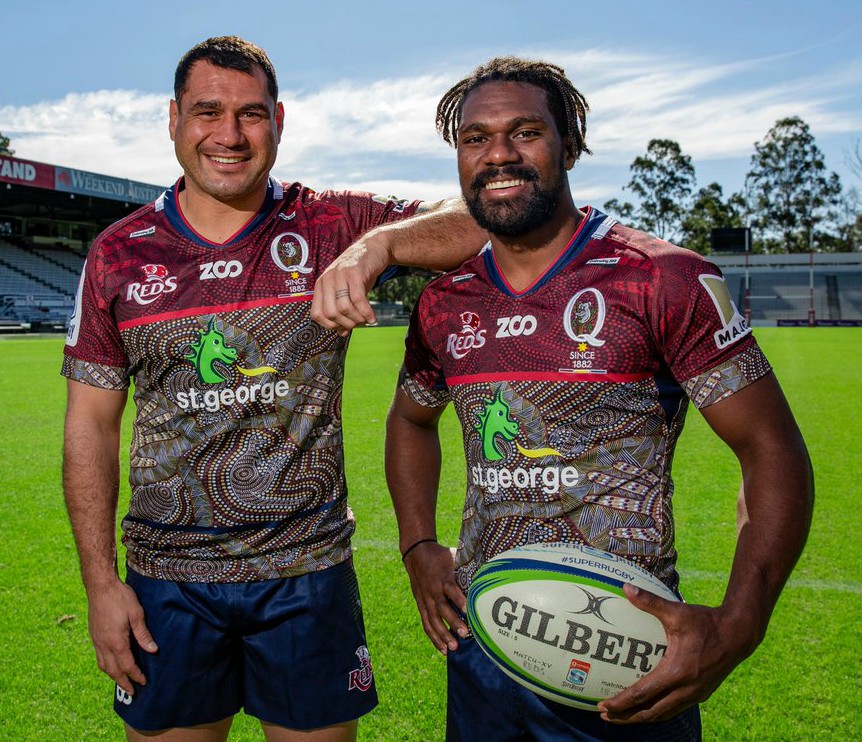