These are the new Warrington Wolves kits 2019, Wolves RL’s new home and away jerseys for the upcoming Super League season. The new Warrington RL shirts have been made by O’Neills, who replace ISC as the club’s new uniform manufacturers, and were revealed on November 14, 2018.

Warrington finished fourth in the regular season and the Super 8’s, but upset St.Helens in the playoffs to reach the finals, where they lost to Wigan.

The home kit remains in the Wire’s traditional colours, but they will also be wearing a green and grey away jersey for their games on the road during SL XXIV

One Energy are primary sponsors of both Warrington SL tops for 2019, as can be seen in the pics below. 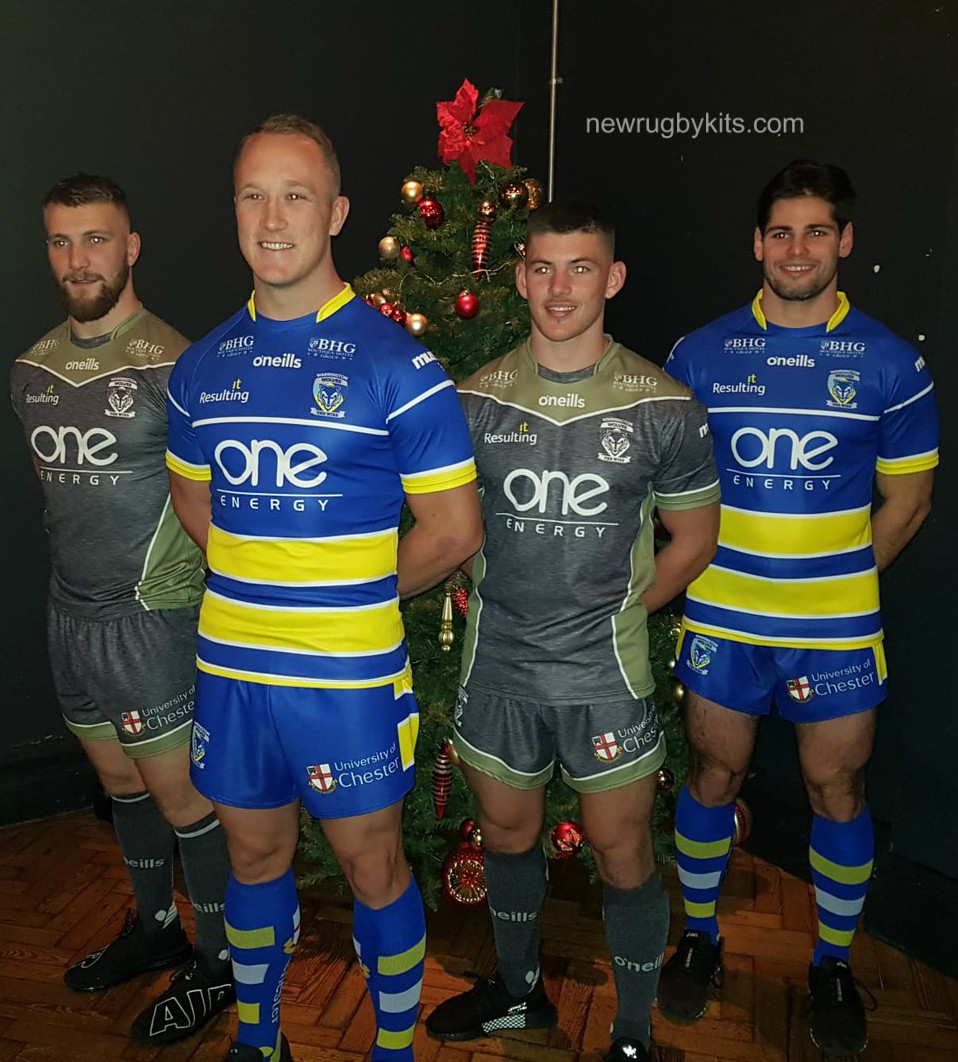 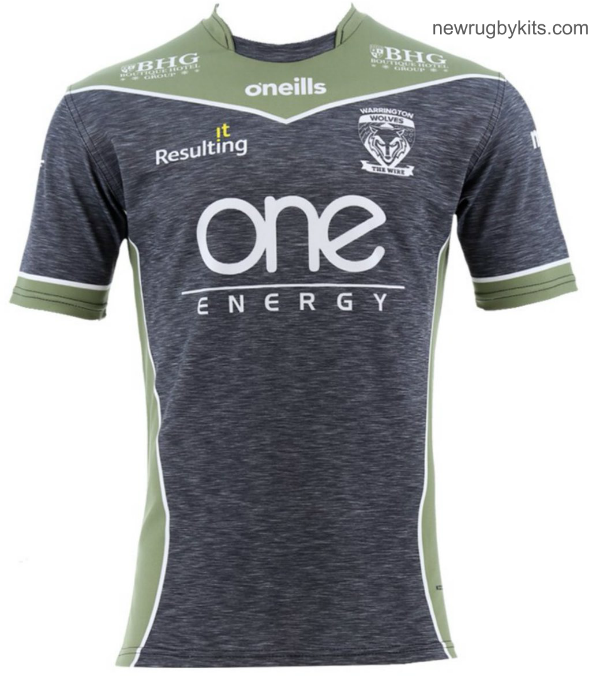