This is the Canada Rugby World Cup Jersey 2011 which will be worn by the Canadian rugby national team at the RWC 2011 in New Zealand in September. Rugby Canada only recently inked an enhanced sponsorship deal with Australian kit maker KooGa, with both the entities joining hands only in 2010.

The Canadian rugby world cup jersey features the IRB rugby logo on the left, a mandatory feature on all rugby jerseys for RWC 2011. You can also see the logo of Rugby Canada on the right ( with the Maple leaf). The Canucks jersey 2011 uses the Canadian national colours of black and red. The Canadian national flag can be seen on the sleeves of this home top. 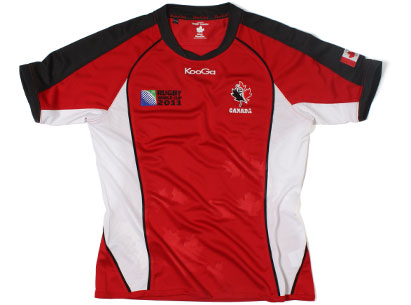 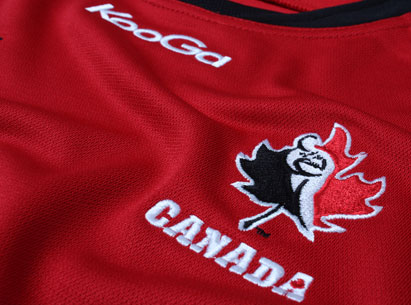