These are the new Wales 6 Nations 2012 jerseys, Wales’ new home and away shirts for Six Nations 2012. Warren Gatland’s men will be hoping to prove that their semifinal finish at the 2011 Rugby World Cup was no fluke in this years’ Championship. Wales’ 6 Nations Rugby Shirts have been made by Under Armour.

Wales’ away Six Nations jersey is black in colour, while the 2012 home shirt is red in colour. Admiral are the sponsors of the Welsh Six Nations 2012 shirts. The likes of George North, Sam Warburton, Jamie Roberts and Mike Phillips will be seen donning this jersey at the 2012 6 Nations. 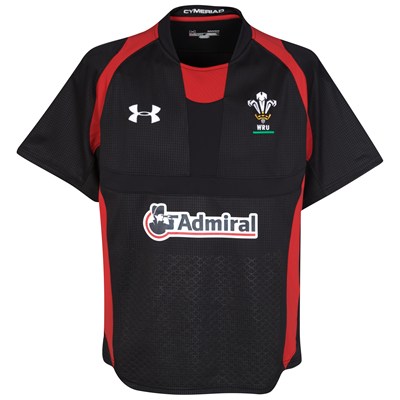