This is the new Waikato Chiefs’ 2013 Super rugby jersey, the playing uniform for reigning Super rugby champions Chiefs for the 2013 season. The Chiefs crushed the Sharks in the final of the 2012 competition and also topped the New Zealand conference last season. Despite losing SBW to Japan for the forthcoming season, the Chiefs are a very competitive franchise with the likes of Richard Kahui, Aaron Cruden, Craig Clarke and Liam Messam in their squad.

The new Chiefs’ new Super 15 top has been made by Adidas and has the Koru symbol on the front of the jersey, as can be seen in the pic below. 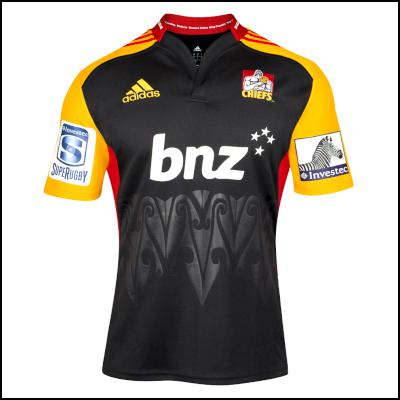