This is the new Wales rugby kit 2014, the Welsh national rugby union side’s new home strip for the 2013 November internationals, 2014 Six Nations and other tests during 2014. The new Wales 13/15 home rugby jersey has been made by Under Armour and was officially unveiled on October 17, 2013 by the WRU. The likes of Sam Warburton, Toby Faletau and Leigh Halfpenny are here seen modelling this new Welsh 2013/14 rugby strip, which is sponsored by Admiral 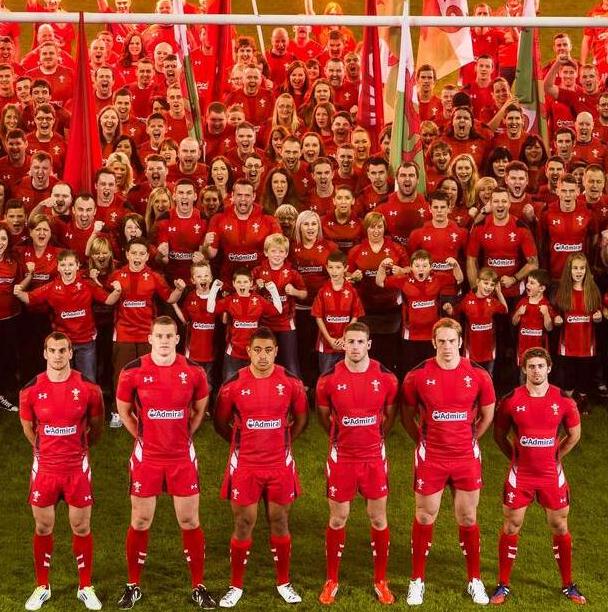 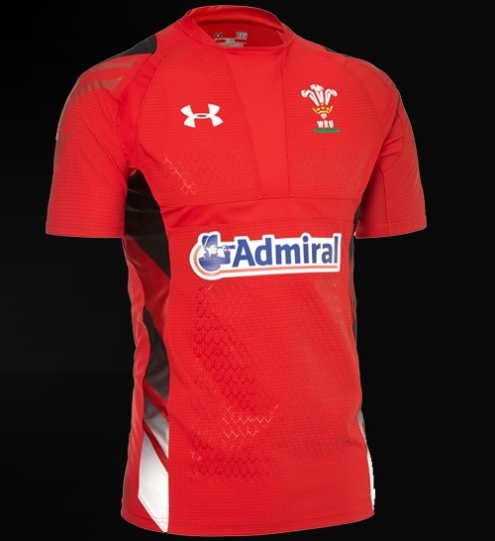