This is the new Halifax RLFC 2015 away kit, Fax’s new alternate shirt for the upcoming Kingstone Press Championship. Made by EV2 Sportswear, the new Halifax RL change shirt was officially unveiled on 11th December, 2014.

The shirt features red and white hoops, as can be seen in the pic below. Halifax’s 2015 home shirt was revealed last month and has already proved to be quite a hit with the fans. 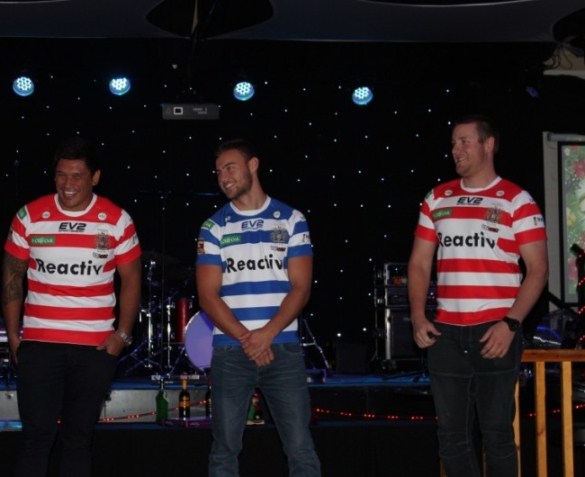