This is the new Whitehaven RLFC 2015 shirt, the new kit for Cumbrian outfit Whitehaven RLFC for their upcoming Kingstone Press Championship campaign. Made by O’Neills, the new strip’s design was officially unveiled on 28th November, 2014 by the club.

Whitehaven narrowly escaped relegation to League 1 in 2014, finishing just above Keighley, who went down along with Barrow, Swinton, Rochdale and North Wales Crusaders. 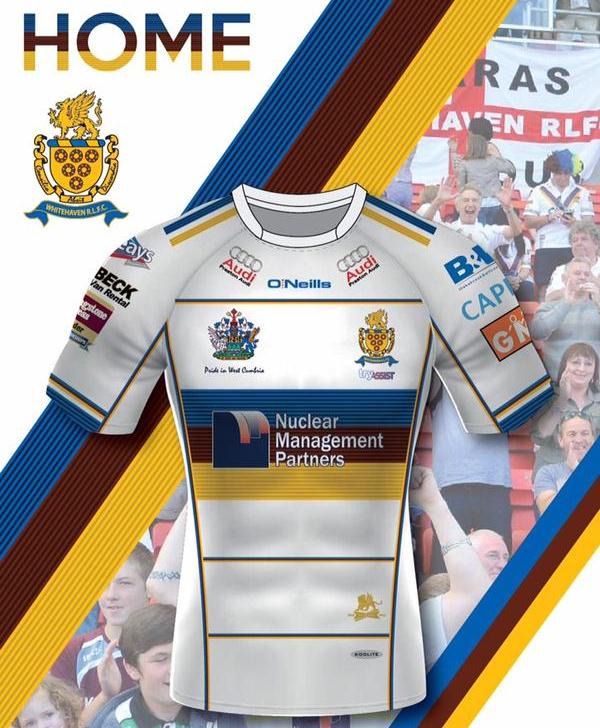