This is the new Natal Sharks 2015 jersey, the Durban based Sharks’ new uniform for the 2015 Super Rugby season. The Sharks will be outfitted by BLK in 2015 and will be looking to improve upon their 2014 performance, where they won the South African conference but came unstuck against the Crusaders in their semifinal in Christchurch.

The new Sharks 2015 shirt has minor changes in comparison to their 2014 design.

For instance, the collar’s definitely different, and there are changes to the shoulders and the side panels as well. Pat Lambie is here seen modelling the new Sharks rugby strip.

The Sharks will also be having a new coach this season, with Gary Gold and Brendan Venter in charge of affairs at the Tank after the departure of Jake White. 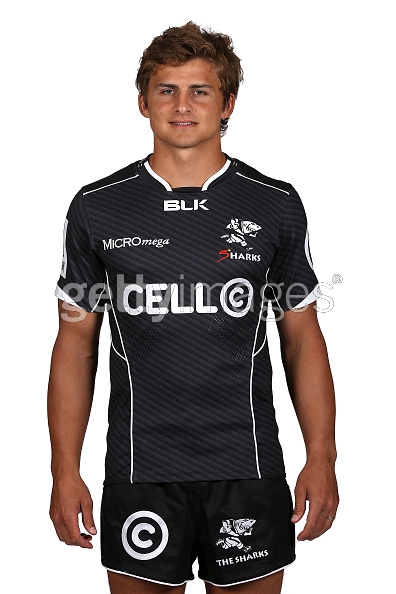