Munster reached the final of the Pro12 in 2014/15 before losing to Glasgow Warriors in the final.

Both kits pay tribute to the close link between the club and its six counties- Clare, Cork, Kerry, Limerick, Tipperary and Waterford, and feature a provincial tartan design.

“To the Brave and Faithful Nothing is Impossible” is seen inscribed inside the back of the neck.

The new Munster away rugby shirt 15/16 features black, dark grey and onix colouring, standing out against the red of the badge and the Bank of Ireland sponsor logo, as can be seen in the pics below

The home strip will be first seen when Munster take on Grenoble Rugby in a pre-season friendly next month.

Munster’s 2014/15 European jersey will be retained for the 2015/16 season too, with the club set to done the strip for Champions Cup games. 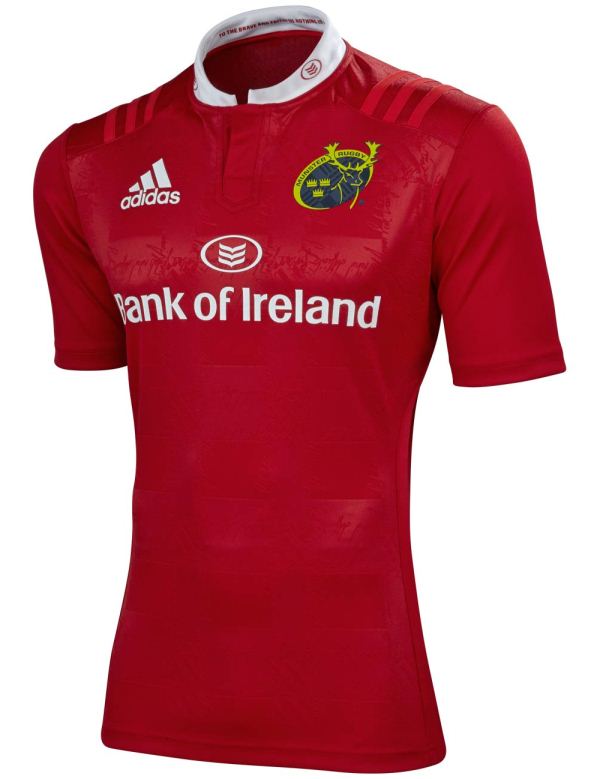