The grey and blue strip features the club crest as a silhouette design and is sponsored by Travis Perkins. 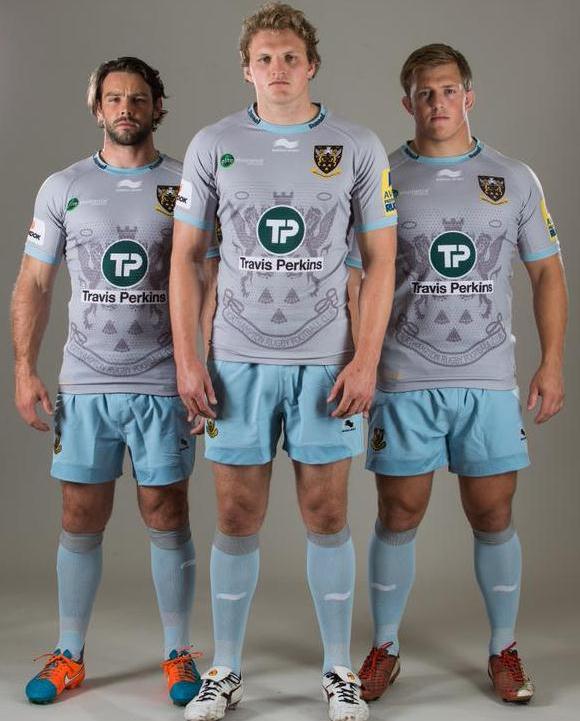 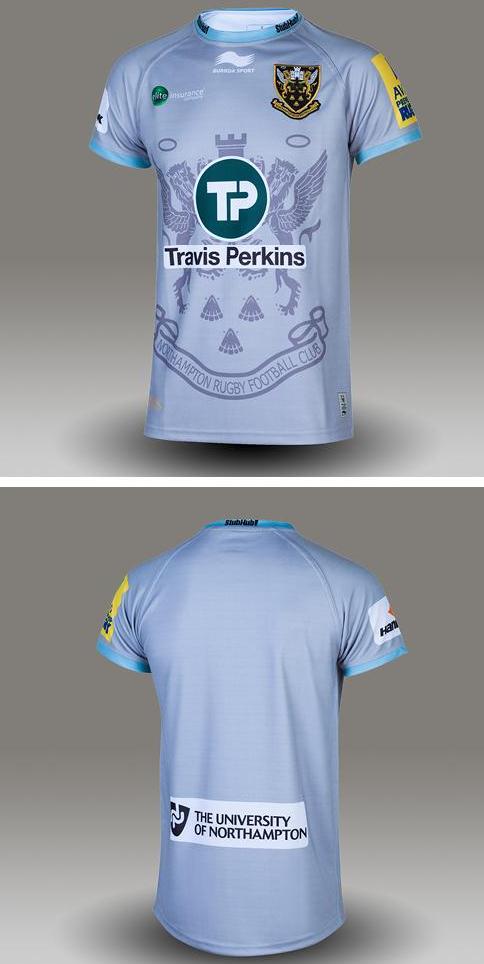