This is the new Connacht Euro top 2015/2016, Connacht Rugby’s new third shirt for their European Challenge Cup campaign. Made by BLK, the new strip was officially unveiled on September 23, 2015. Connacht are in Group A for the 2015/16 Challenge Cup along with French outfit Brive, Jonny Wilkinson’s ex club Newcastle and Russian team Yenisey-STM

The shirt features purple and navy hoops with green stripe detail, as can be seen in the pics below. The sleeves are solid navy, with green trim on the sleeve and the collar.

Andrew Browne, Kieran Marmion and Eoghan Masterson were present at the launch of Connacht’s new ERCC shirt for 2015/2016.

The release of this kit completes Connacht’s list of uniform releases for 2015/16. 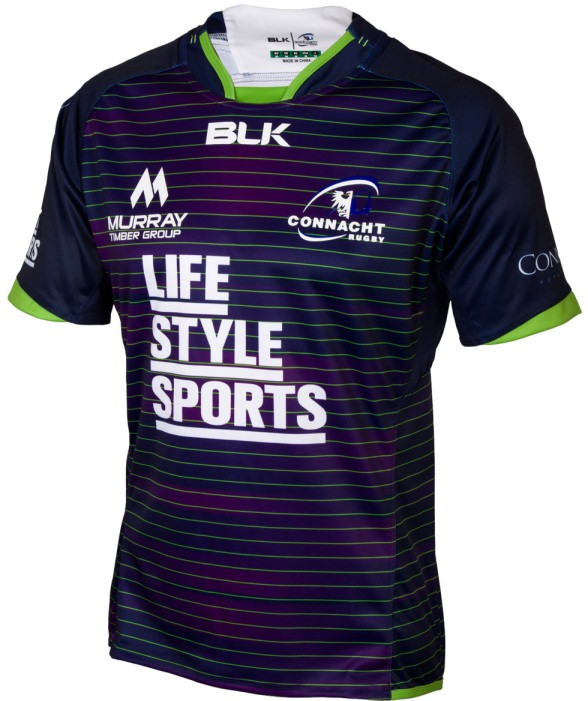 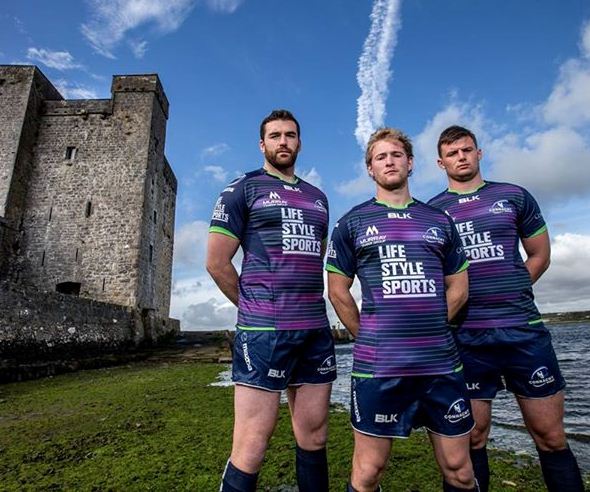