This is the new Wales sevens jersey 2016, the Welsh national rugby union sevens teams’ new jersey for the 2015-16 HSBC Sevens series. The new sevens shirt was released along with the 15 member team’s uniforms for the 2015 Rugby World Cup, but with the 2014-15 Sevens series ending in May, we’ll only see it in action in the 15-16 Sevens Series, which begins in Dubai later this week.

The red and black jersey, featuring a camouflage design, has been made by Under Armour 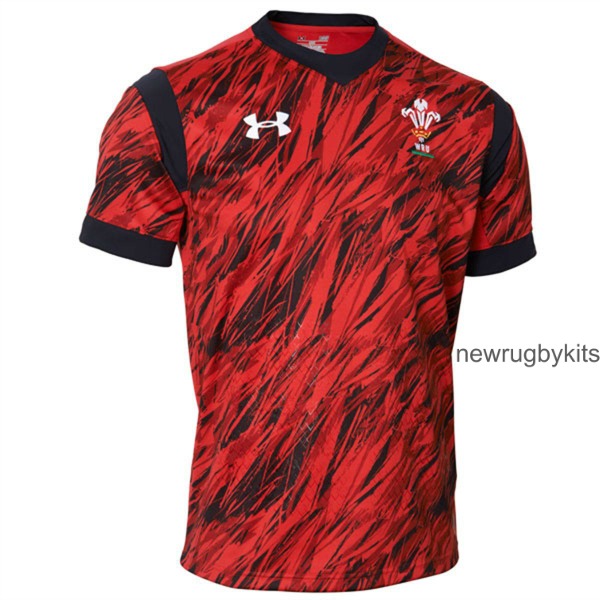