This is the new Hull KR home shirt 2017, Hull Kingston Rovers’ new principal uniform for the upcoming RFL Championship season. The strip is the first to be produced by XBlades as part of a five year deal inked with the club to replace Fi-Ta as kit partners.

KR’s 10 year Super League stay was brought to a dramatic end by a narrow 19-18 loss in the Million Pound game to Salford Red Devils, with Gareth O’Brien’s drop goal sending Rovers into the Championship

The new Hull KR 2017 Championship shirt takes inspiration from club icon Roger Millward, who passed away earlier this year. Millward’s famous quote- “Never forget the people who love you – the supporters”, can be seen on the back of the shirt. 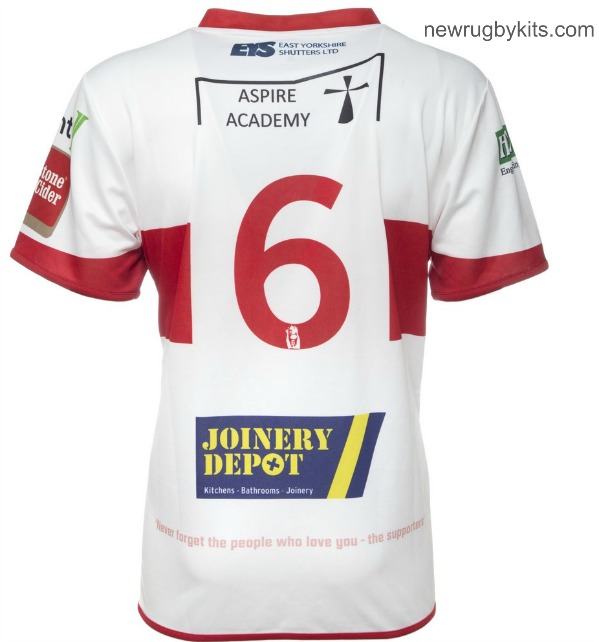 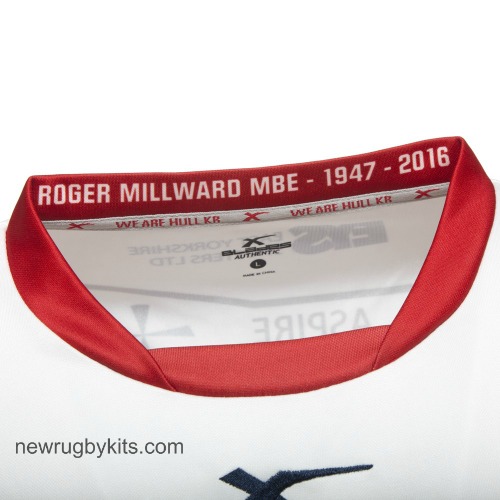