These are the new South Wales Ironmen jerseys 2017, newly rebranded club SW Ironmen’s new home and away tops for the upcoming Kingstone Press League 1 season, made by Macron. The Ironmen are the latest incarnation of the South Wales Scorpions, who have opted for both name and ground changes in the 2017 season. They will be moving from Caerphilly to Merthyr Tydfil this year. The town was once the biggest producer of iron in the world and the board opted for a name switch as they felt the “Scorpions” had been associated too long with a struggling team.

The local RU club, Merthyr RFC, also have Ironmen as their nickname.

The Dribuild Group are sponsors of both Iron RL shirts for the 2017 season, as can be seen in the pics below. 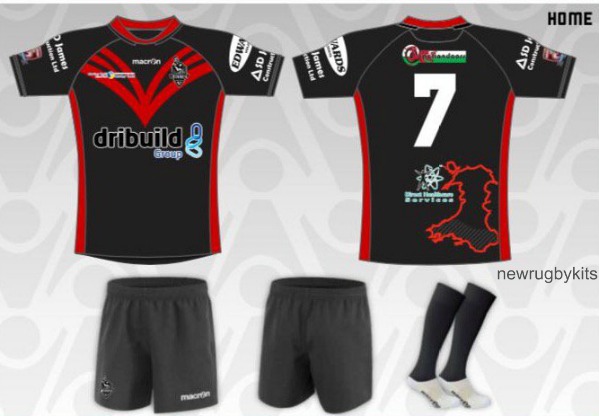 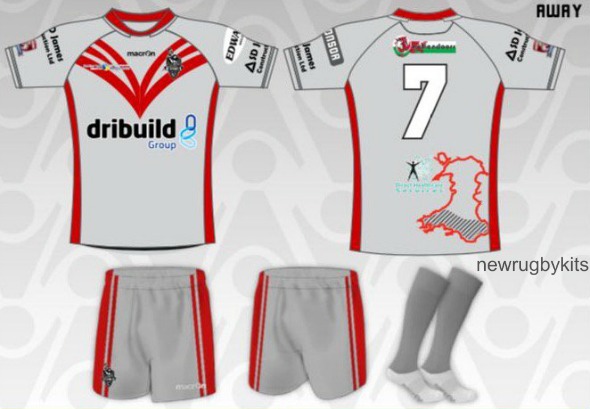