This is the new Saracens rugby shirt 2017/18, Sarries’ new home kit for the upcoming 17/18 AVIVA Premiership rugby season. Made by BLK, the new Sarries jersey was officially revealed on July 20, 2017. The club finished third in the 2016/17, losing in their semifinal to Exeter, but made up for it by successfully defending their European crown

The new jersey, sponsored by Allianz, is the second to be made by BLK as part of thir five deal to replace Nike. 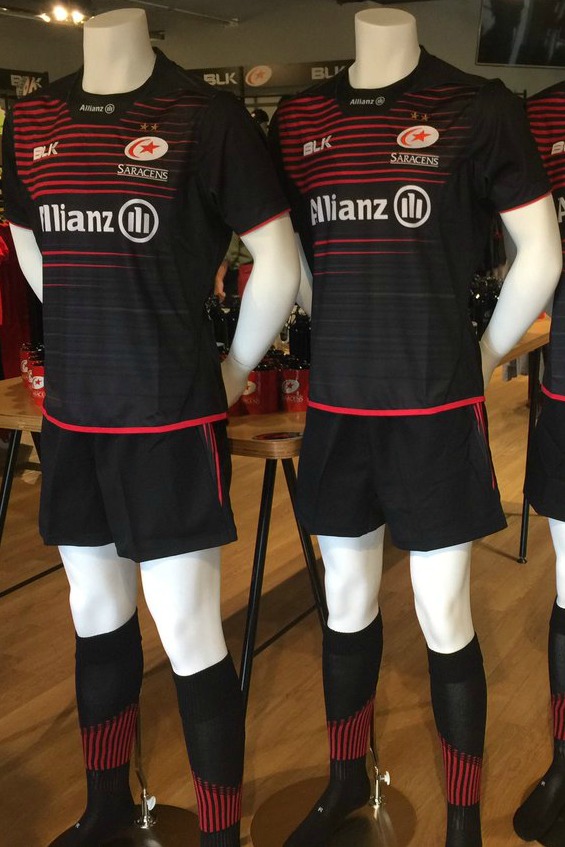