These are the new Sharks Super Rugby kits 2019, the Cell C Sharks uniforms for SR 2019. Made by Canterbury, the new Natal Super Rugby shirts were officially unveiled on December 13, 2018. The Sharks reached the playoffs last season but were beaten by eventual champions the Crusaders in their quarterfinal.

The new Sharks rugby home shirt remains black with red touches, while the white away kit, modelled here by centre Jeremy Ward, pays tribute to prop Tendai “Beast” Mtawarira. The Beast is the Sharks’ 144th Super Rugby player and is expected to break the record for most Super Rugby appearances by a South African player in 2019 (currently held by Adriaan Strauss)

The Sharks will also have a special Black Panther Marvel Superhero jersey that will be unveiled later. 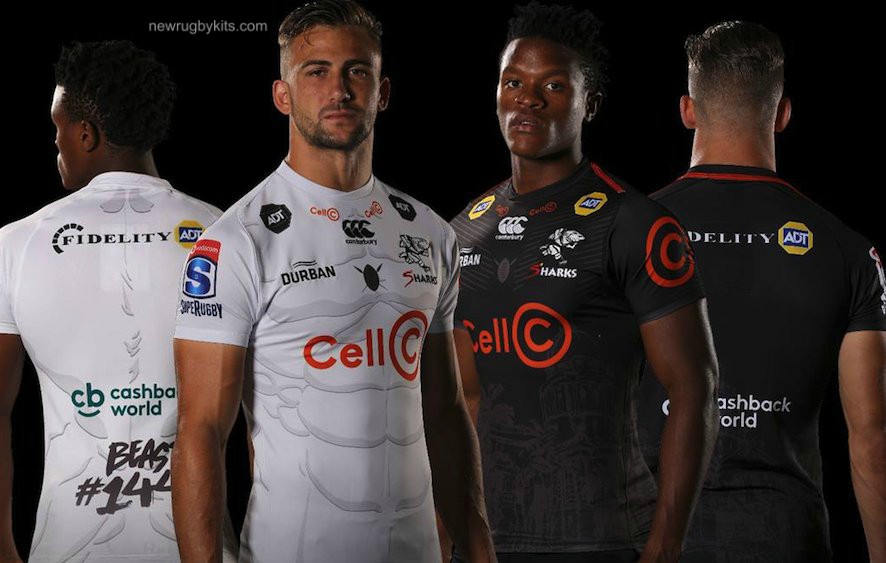