These are the new Connacht rugby jerseys 2013/2014, Irish province Connacht’s new home and away kits for the 2013/14 Pro 12 season. The new Connacht 13/14 kits have been made by Australian kit company BLK, who also supply jerseys to the Brumbies and the Rebels in Super Rugby. The new Connacht BLK shirts are the first as part of a four year deal signed between the two parties earlier this year, and were officially unveiled o August 9, 2013.

Connacht’s new 2013/14 home jersey is predominantly green with hints of black on it, while the change strip is a mix of blue and white, as can be seen in the pics below.

Connacht’s new kit releases mean that Ulster remain the only Irish province not to have unveiled a new uniform for the forthcoming season so far.

Mazda are again the principal sponsors of the new Connacht BLK jerseys for 2013/14. 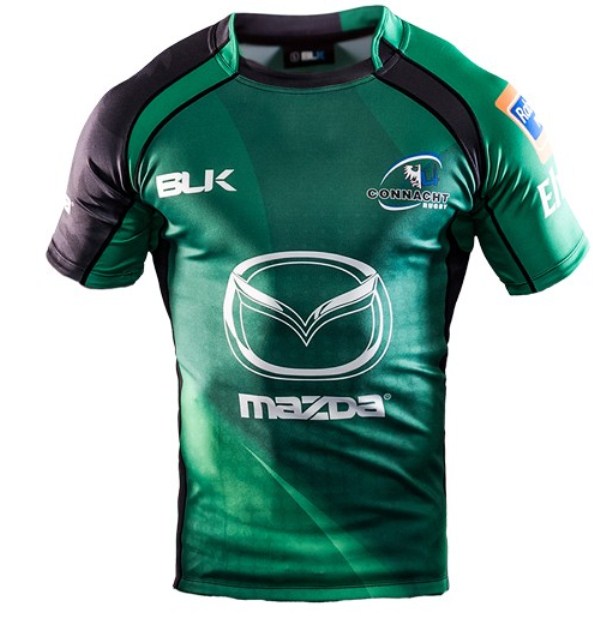 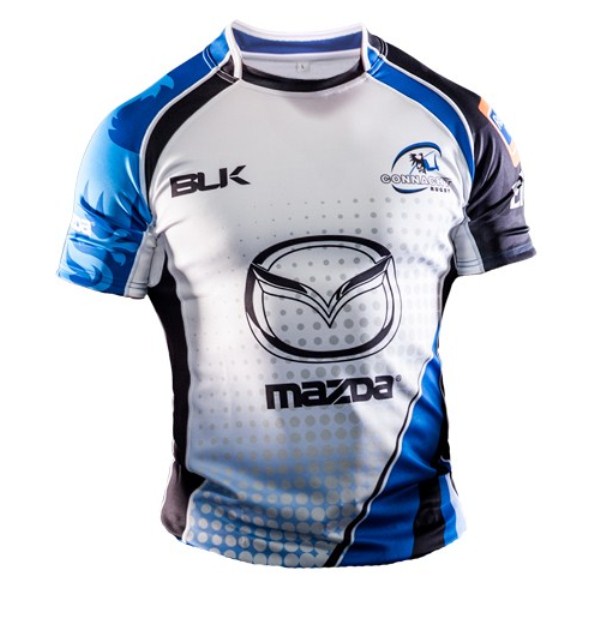 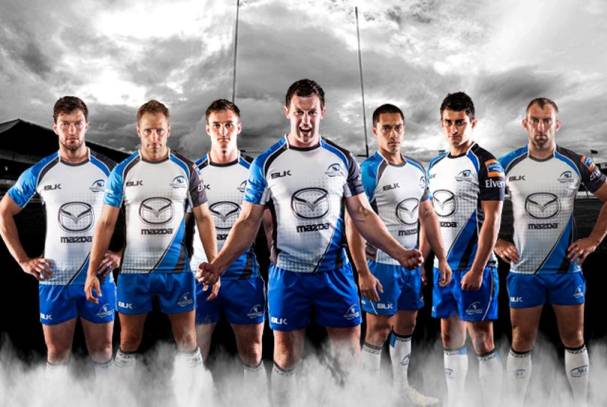