These are the new Ireland rugby shirts 14/15, the Irish national team’s new uniforms made by Canterbury. CCC replace Puma as kit partners, as revealed earlier in the year.

The new Ireland home rugby top 2014/2015 is “bosphorus green” and will make its debut in the upcoming autumn internationals against Georgia and Australia.

The white alternate shirt, with green pinstripes, will be worn against South Africa.

Following Three Ireland’s takeover of 02, the Irish rugby team will also have the same sponsor as their national football team.

Alternatively, shop for this Irish shirt at US based World Rugby Shop 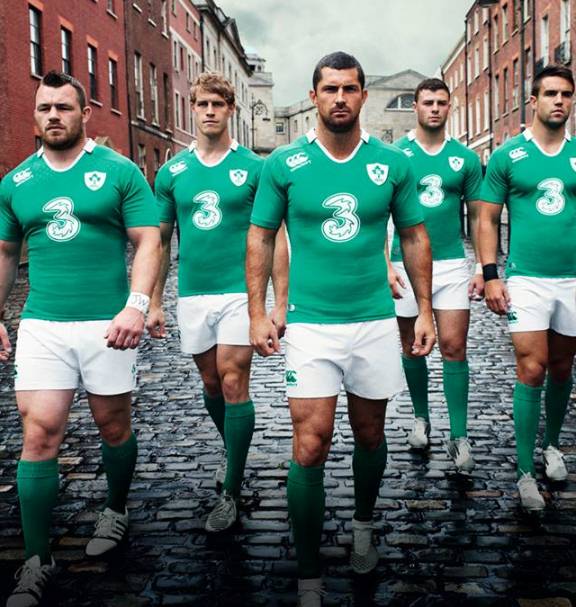 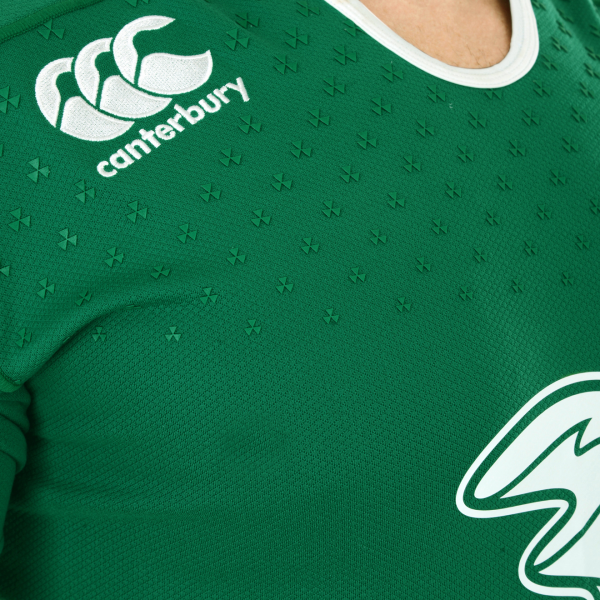 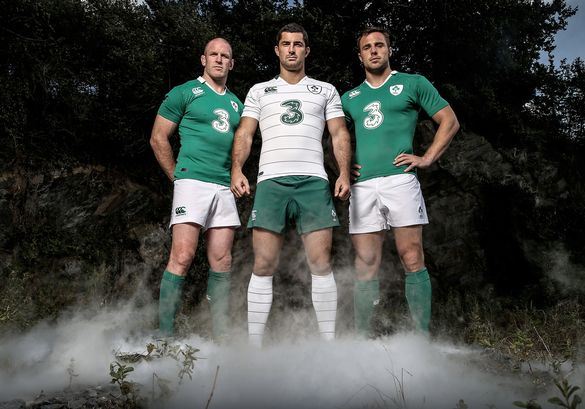 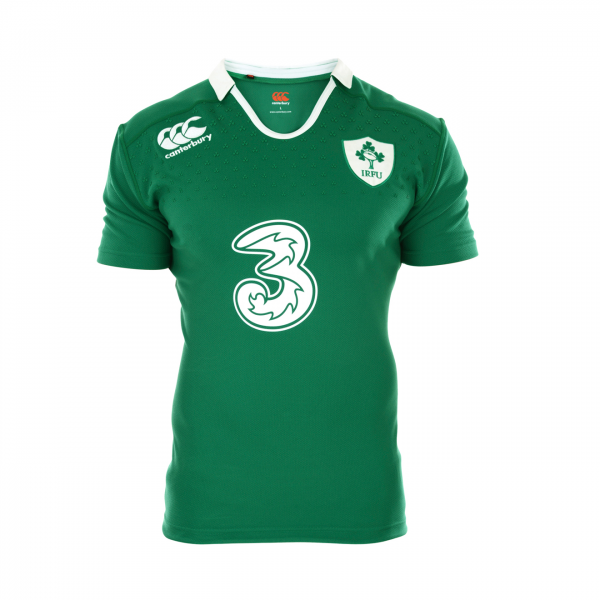