Are the Blue Bulls powerless without their Superhero jerseys? On the evidence of what we’ve seen in the Super Rugby season so far, the answer is a definite yes. Pote Human’s men started their campaign (wearing their Captain America kit) with an impressive 40-3 win over the Stormers. They then travelled to Argentina wearing their regular strip, and were soundly beaten by the Jaguares. The Superhero uniforms came back in Round 3 and 4, and so did the Bulls, producing dominant performances to see off both the Lions and Sharks to go top of the South African conference.

Few would’ve then expected the men from Pretoria to lose to a Chiefs side that had started their campaign on a horror note- 4 losses and a draw. Surely the well rested Bulls (they had a bye last weekend) would be too strong on the Highveld for Colin Cooper’s side? Instead what followed was an absolutely lacklustre Bulls performance as the Chiefs, bottom of the NZ conference, scored seven tries to steamroll the home side 56-20 at Loftus. It was at this same venue a decade ago that the Chiefs had been thrashed 61-17 in the 2009 Super Rugby final, but today’s Bulls looked a pale shadow of Frans Ludeke’s title winning team as the men from Waikato found gaps in their defence at will. It was the Chiefs’ highest ever victory margin over the men from Pretoria (beating the 33 point win they had back in 2000)

Damian McKenzie, again playing at full back this weekend, and Handre Pollard both traded early penalties as the teams were locked 3-3 at the end of the first quarter. It took 25 minutes for the first try to come, with winger Solomon Alaimalo finishing off a nice team move. Five minutes later, centre Alex Nankivell crossed the whitewash and it was suddenly 17-3 to the Chiefs. The Bulls then suffered a major blow when eighthman Duane Vermeulen walked off injured. The home side needed the Springbok star’s leadership and physicality, and without both, they were easy pickings for the skillful Chiefs. 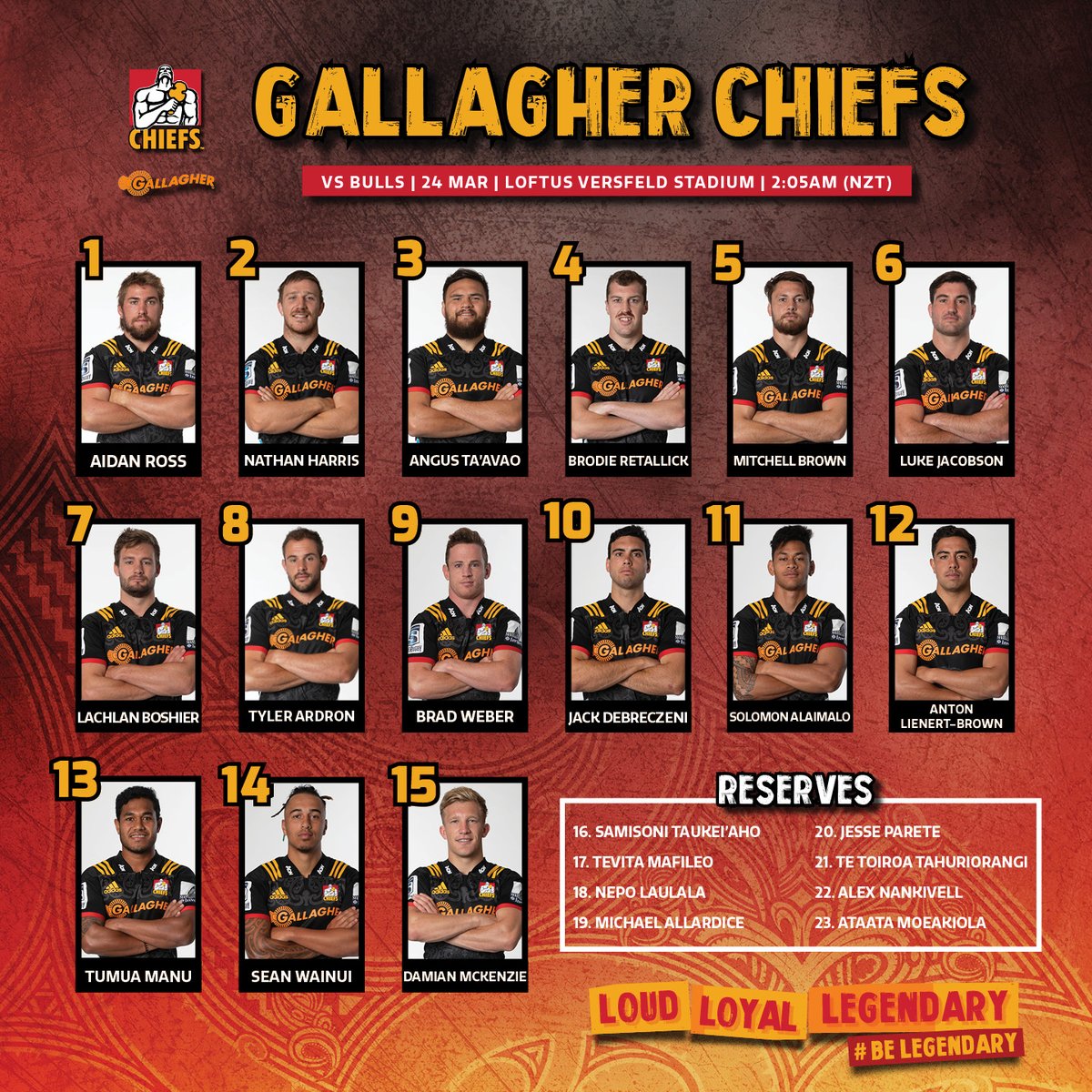 A look at the bookmakers on Big Bets had the Bulls as big favourites in the lead up to this game, but the Chiefs defied the pre-game odds to breathe new life into their campaign at Loftus. Three players scored braces- Alaimalo, Nankivell and lock Brodie Retallick. Replacement scrumhalf Te Toiroa Tahuriorangi also picked up one for himself towards the end. Both the Bulls tries were scored by their centres- Burger Odendaal and Jesse Kriel, and it was perhaps telling that the first of them came only after the Chiefs had been reduced to 14 men.

The result sees the Bulls fall from top of the South African conference to fourth! The Stormers picked up a bonus point in Wellington earlier today while the Lions and the Sharks were victorious against the Sunwolves and the Rebels respectively.

The Bulls’ next clash is against the Sharks in Durban, where they should have their Captain America jerseys back on! The Chiefs will make the long trip to South America to take on the Jaguares.