Here is a one stop resource for all 2014 Super League kits. The 19th edition of England’s primary rugby league competition will be sponsored by First Utility this year. The relegation system will be reintroduced in 2014, meaning two of the fourteen teams will be playing in the Championship next year.

The official trophy launch of Super League XIX took place on February 3, 2014. As always, if you know of a release uniform that has not been mentioned here, please leave a comment or e-mail us using the contact page.

As you can see, ISC dominates the Super League market, with more than half the teams wearing ISC uniforms. Fellow Australian brand KooGa have two teams, while Fi-Ta, Jako, Macron and O’Neills all have one. 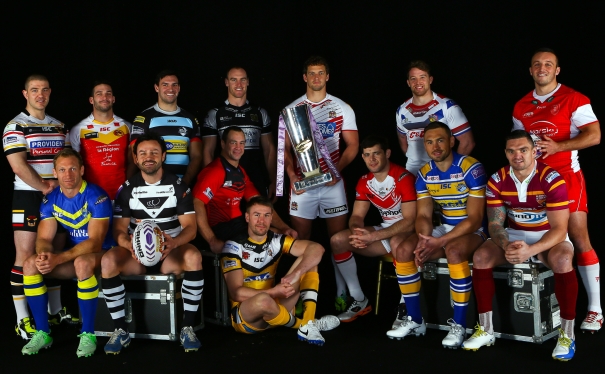 Wakefield Home and Away Jerseys 2014 (By Macron)

Widnes Vikings Home and Away Rugby Strips (By O’Neills)

Wigan Warriors RL Home and Away Kits (By ISC)