These are the new Scotland sevens shirts 2016, Scotland’s new home and away/alternate tops for the 2016/17 HSBC World Sevens Series. Made by Macron, the new Scottish 7’s jerseys were released in the last week of June 2016 and will debut in the Dubai Sevens to be held in December.

Scotland made history by winning the London sevens earlier this year, stunning South Africa 27-26 in a tense final to claim their first ever win on the Sevens circuit.

The new Scotland 7’s home rugby shirt is the club’s traditional blue with red and gold stripes. The alternate/away strip will be red and both tops will have the BT Sport logo on the front

Several Scottish players have also been called up to the Team GB squad that will compete in the Rio Olympics this summer. 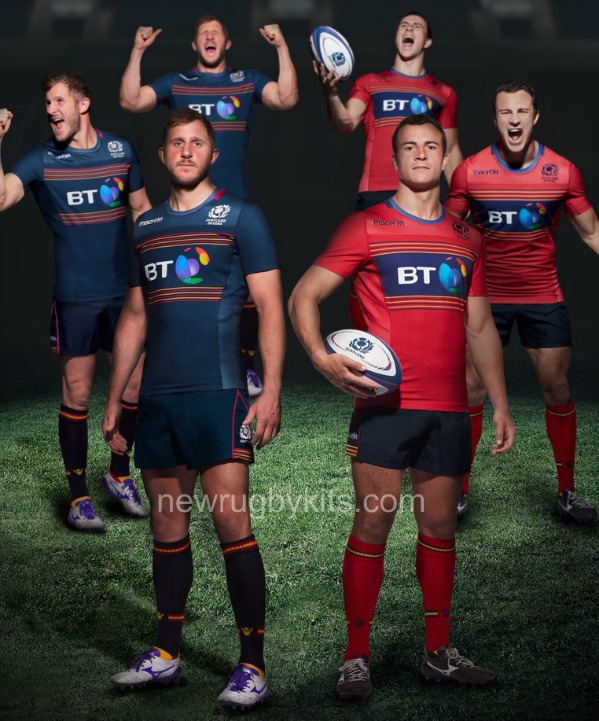