Holland and Barrett will be Leicester Tigers’ new principal shirt sponsors beginning the 2016/17 season, the club have announced. The vitamins and herbal supplement retailer will also take over naming rights for the North Stand.

The Holland & Barrett deal brings to an end Tigers’ previous association with Caterpillar. The construction firm began its sponsorship of the club’s kits back in 2008 (replacing Bradstone) and inked a three year contract extension in 2013. However the company decided not to renew its partnership after the 2015/16 season. 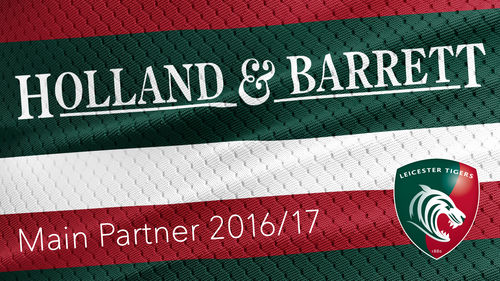