These are the new Lions Super rugby shirts 2017, the new home and away jerseys for the Johannesburg Lions for SR 2017. The Lions won the South African conference in 2016 and reached the grand final before losing out to the Hurricanes in Wellington. Made by Canterbury, the new Golden Lions SR jerseys were officially unveiled on 8 December, 2016 following releases for the Bulls, Cheetahs and the Sharks.

Both the red home and white alternate strips are sponsored by Emirates. 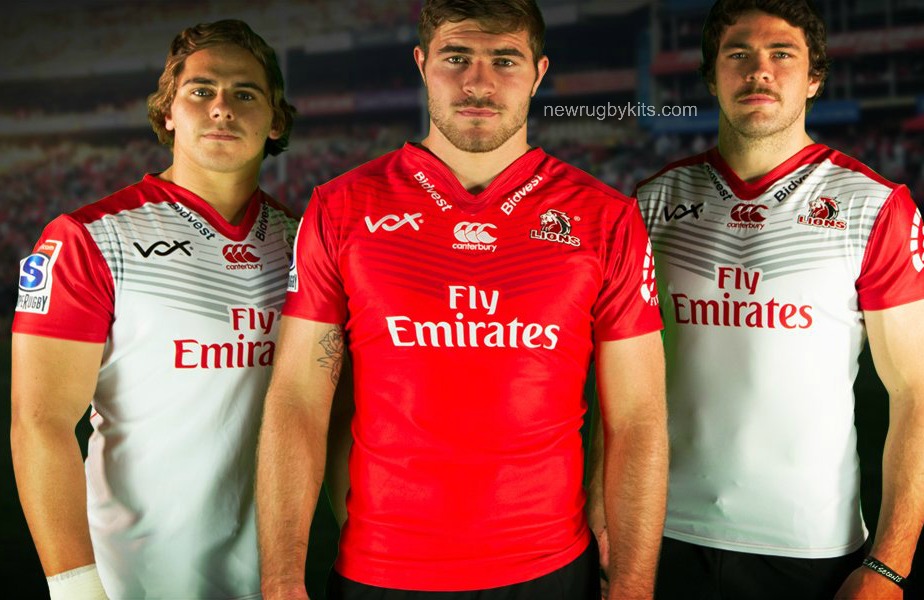